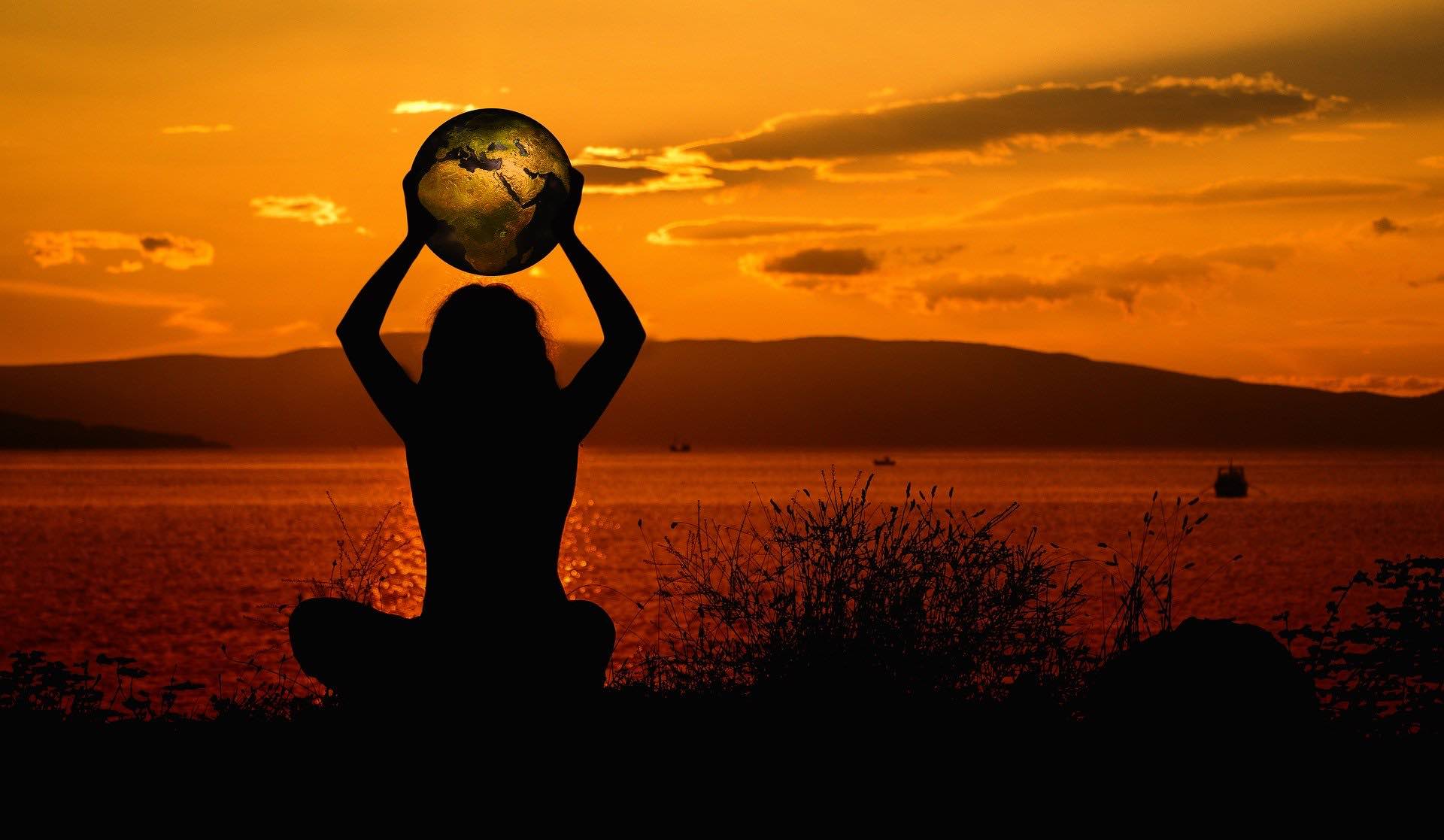 The Story of the Rainmaker

The following story, called The Rainmaker, was told to the Swiss psychiatrist Carl Jung by Richard Wilhelm (1873-1930).[1]

Wilhelm was a German sinologist, theologian, and missionary who lived in China for 25 years. He was fluent in spoken and written Chinese and grew to love and admire the Chinese people. He is best remembered for his translations of the I Ching and  The Secret of the Golden Flower, both of which were introduced by Jung.

The story of The Rainmaker describes perfectly how each of us needs to take responsibility for the state of our world. We are affected by the world and we also affect the world. There is a great inter-dependence of all things and all beings in this world. The story instructs us to put our inner world in order so that the outer world will change as a result.

There was a great drought where Wilhelm lived; for months there had not been a drop of rain and the situation became catastrophic. The Catholics made processions, the Protestants made prayers, and the Chinese burned joss sticks and shot off guns to frighten away the demons of the drought, but with no result. Finally, the Chinese said: ‘We will fetch the Rainmaker.’

And from another province, a dried-up old man appeared. The only thing he asked for was a quiet little house somewhere, and there he locked himself in for three days.

On the fourth day, clouds gathered and there was a great snowstorm at the time of the year when no snow was expected, an unusual amount, and the town was so full of rumours about the wonderful rainmaker that Wilhelm went to ask the man how he did it.

In true European fashion he said: ‘They call you the rainmaker, will you tell me how you made the snow?’ And the little Chinaman said: ‘I did not make the snow. I am not responsible.’ Wilhelm asked, ‘But what have you done these three days?’

The Chinaman said, ‘Oh, I can explain that. I come from another country where things are in order. Here they are out of order. They are not as they should be by the ordnance of heaven. Therefore, the whole country is not in Tao, and I am also not in the natural order of things because I am in a discorded country. So, I had to wait three days until I was back in Tao, and then naturally the rain came.’

Putting the world back into order.

Of all the yogic methods to put the world back into order, the use of mantras and visualizations of the elements is one of the most powerful. Mantra practice is a spiritual method designed to remedy karmic afflictions, both your individual karma and the karma of the world because we are all interconnected. However, chanting mantras only works if you know how to use them to put the elements of your being back into alignment, and to awaken consciousness so that you can see the world and yourself more clearly.

I have found that many times in my medical practice, when people practice meditation regularly, that their world changes in ways that are not easily rationalized. The most common comment I get is that there are big shifts in the way people relate to my patient; the responses they receive from other people shift. It is as if the mantras are able to penetrate into the unconscious dimensions of your being and act at a deep level where we are all connected. As you work on yourself, your world will change in ways that are surprising and wonderful.

In the Big Shakti’s July Online Classes, Jayne and I will teach you meditation practices that are karmic remedies, that put your inner world back into order, that activate and eventually awaken your third eye, and that enable you to gain a spiritual vision.

The techniques will enable you to penetrate your awareness deep into your psyche, to a level that is enormously powerful and that, once you have mastered it, has the shakti to reconstruct and recondition your body, mind, and soul and put your life back in order. You will change your world, a little bit at a time. 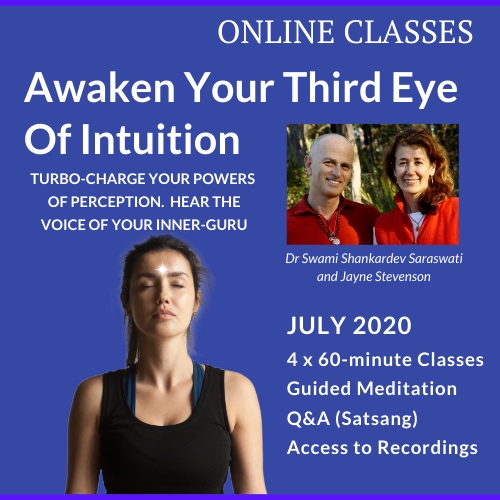 Dr Swami Shankardev Saraswati and Jayne Stevenson
Share
Latest Articles
Health & Wellbeing
Meditation
Yoga
Wisdom
Back To Top
×
Get authentic yoga and meditation knowledge
and practices; not just more info
Subscribers receive discounts on
Guided Meditations, Courses and Seminars
A 10% Coupon Code is on it's way, when you sign up!